The Ministry of Agriculture, Food and Rural Affairs (Minister Hyun-soo Kim) and the Korean Food Promotion Agency are holding a ‘Korean Food Video Contest for Foreigners’ for one month from November 19 to December 18, 2021 to spread Korean food overseas.

This is the second contest following last year, and it was planned non-face-to-face in consideration of the COVID-19 situation.

The contest is divided into two categories: 'Cooking video using kimchi and sauce (Cookbang)' and 'Video of eating and enjoying Korean food (Mukbang)'. Anyone with a foreign nationality residing at home or abroad can participate.

In the case of cookbang, the theme was expanded into two categories by adding ① ‘kimchi’, which was the theme last year, and ② ‘Korean sauce’, which is about to be submitted for application for UNESCO’s intangible cultural heritage next year.

This contest will induce more foreigners to participate by significantly increasing the selection scale, prize money, and participation period compared to last year, and it is planned to establish itself as a representative online Korean food spread event for foreigners.

This year, depending on the number of followers on your SNS account, it will be divided into A group if there are more than 500 and group B if it is less than 500 to induce wide participation regardless of the number of subscribers.

In addition, 3 winners in each field, 5 encouragement prizes, and 30 finalists (10 people from A group, 20 people from B group) will be selected to give more foreigners a chance to challenge. 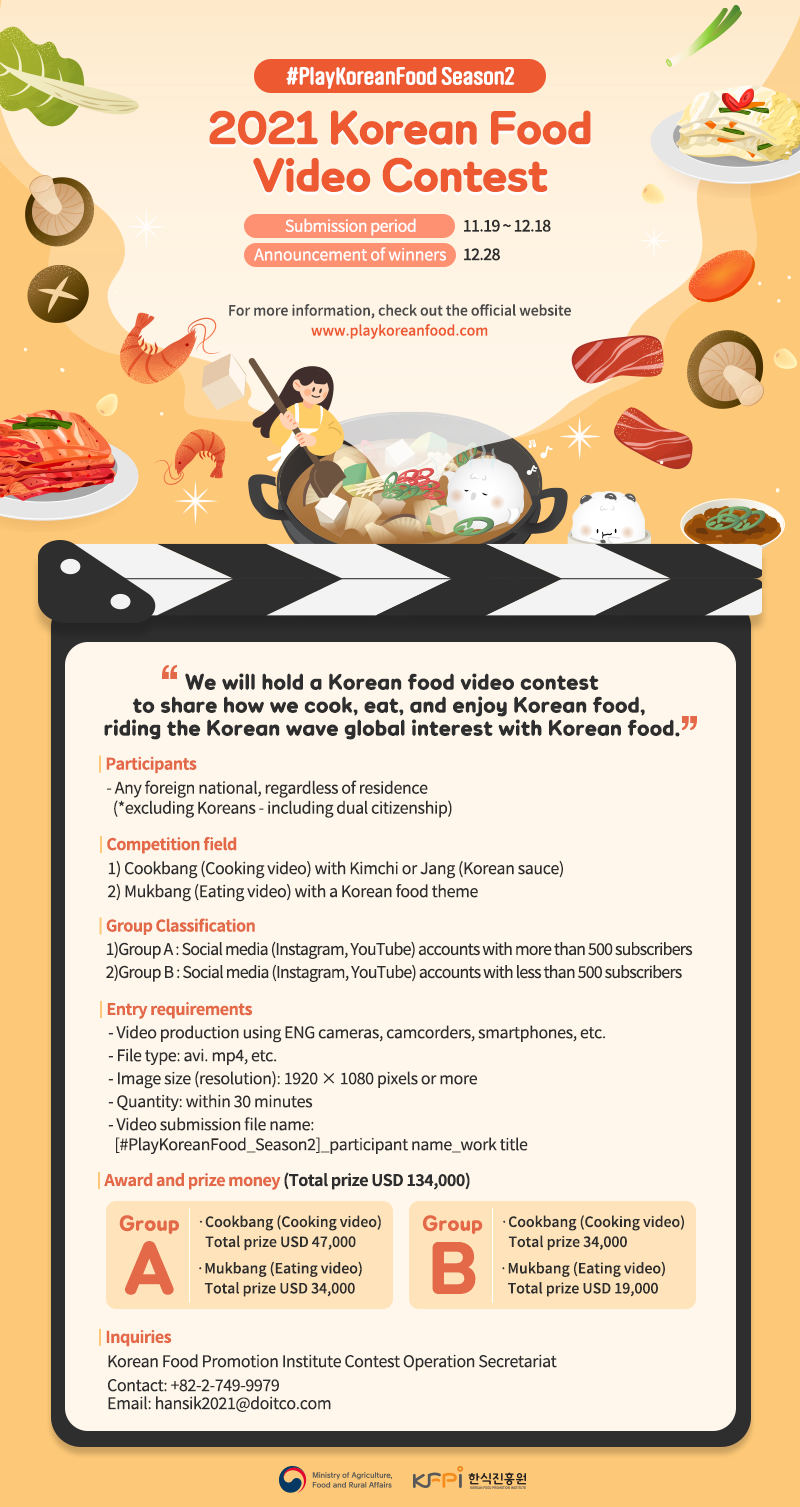